Why ALGO has a spot on our suggested coin list


Algorand is a secure, decentralized scalable cryptocurrency and smart contract platform that is worth getting to know! In this article we will discuss two big driving forces that put ALGO on our suggested coin list.


We will cover the usefulness of ALGO in everyday cryptocurrency transactions:


Algorand’s value as a secure, scalable and decentralized platform is not it's only bullish quality:


The Republic of the Marshall Islands is a small island chain, near the equator of the Pacific Ocean. It is a group of 1,100 islands, spanning over 1,207,008 square kilometers of oceanwater and has has a population of 50,000 residents. The Marshall Islands chose Algorand to host their native digital currency specifically because of its speed, scalability and security. The ALGO cryptocurrency is about to have a unique kind backing, one of a sovereign nation. This milestone moment in cryptocurrency history is taking place on the Algorand Blockchain.


The team behind Algorand is impressive as well:


Algorand was Founded by award winning MIT professor Silvio Micali. He is an expert in cryptography as well as secure protocols and pseudo-random generation. Silvio Micali is the cofounder of Zero knowledge proofs; a system for anonymously verifying a specific value between two parties which eliminates the risk of either party gathering any shared information beyond the specific value that both parties have agreed upon determining. Silvio Micali also has business experience as the CMO of LogMeIn: a cloud based remote work tool for IP management as well as collaboration, by giving administrators and users access to remote computers.


Now lets look at a chart!


The image below is ALGO/USDT and you will notice there is an Inverse Head and Shoulder Pattern. In addition to the Inverse Head and Shoulders Pattern the horizontal gold line on the chart represents resistance from 02/16/2021 that is being broken. ALGO has been in a sideways consolidation patter for over 2 months, this is a perfect example of a time based correction with coinciding factors. The price action of ALGO is above all 3 Killer Whale Points of Demand forming a discernable bullish pattern and breaking historical resistance.... hmmm. Read this > article to find description for Killer Whale Points of Demand. 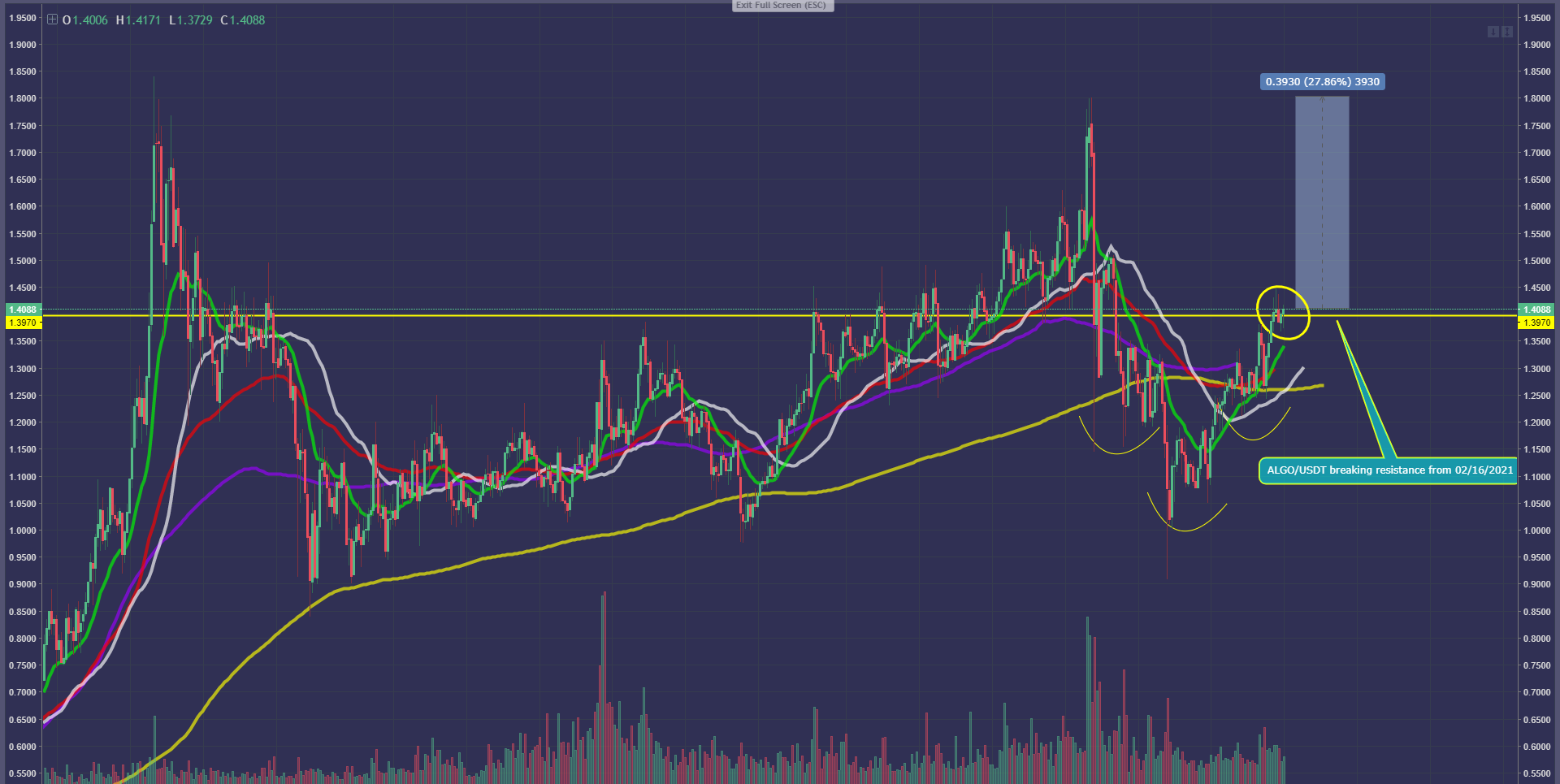 A historic Anniversary for Bitcoin

The Road to Ethereum 2.0

Stay Up To Date

Get weekly insights and updates from the Killer Whale Crew